Moving service to India is a quite challenging task for any removal company, and we have a lot of experience in organising moves like this. Great deal of planning and preparation is required if you are relocating to India, so this kind of service is best left to the experienced, capable removalists to undertake and execute. It is worth mentioning that the Subcontinent’s peculiar weather seasons are also to be taken into the consideration when moving or relocating to India.

The Republic of India is bordered by Afghanistan, China, Nepal and Bhutan to the north, Bangladesh and Myanmar (Burma) to the east and Pakistan to the west. It often referred to as a continent rather than a country, with more that 3 million square kilometres in size. It is world’s second largest country in terms of population (after China), at over 1 billion inhabitants. Majority of India’s 1.1 billion population are Hindus (about 80%), while Muslims, Christians, Sikhs, Buddhists and Jains make up the remaining 20%.

Even though Hindi is the language spoken by majority (over 40% of the population), India has twenty three official languages. There are thousands of minor languages and dialects, and English is widely spoken as well. Approximately 60% of total India’s population is literate, majority of which are males at 73%, compared to only 48% of females.

The economic growth and free-market reforms of the early 1990’s have transformed the country into a global economic power-house, and the consumerism of the western world has found it’s way into India’s way of life. Bollywood, Indian Premier League, Formula 1 racing, are now the new religious-like inclusions in the land where Buddha lived and taught. India is the second-largest producer of computer software in the world, with it’s own satellites and nuclear weapons.

India’s rich are wealthy indeed, and a few of them have made their way into the top 20 richest people in the world. As a stark contrast to the mighty and wealthy Indian few, about quarter of the nation’s population remains deeply impoverished. No other country on earth has slum settlements on such enormous scale, so many malnourished children, uneducated women and homes without access to clean water and waste disposal.

India’s weather is extremely varied, something that must be taken into consideration when moving or relocating to India. The most significant feature of Subcontinent’s climate is the wet season, or monsoon. The monsoon starts on the Keralan coast at the end of May, and slowly working it’s way north-east across the country over the following month and a half. During this period a regular downpours are interchanged with bursts of hot sunshine, and the pervasive humidity is intense. At the peak of monsoon season, heavy rain can cause flash-flooding and severely disrupt communications, causing widespread destruction. In the Himalayan foothills, landslides are common and entire valley systems can be cut off for weeks.

The east coast of Andhra Pradesh and Tamil Nadu get a second drenching between October and December. By December, most of the Subcontinent enjoys clear skies and relatively cool temperatures. The best time to plan your move to India is between November and March, during a cool, dry season. 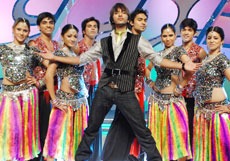 Film is massive in India and more movies are produced each year than anywhere else in the world. The fact that many Indian households still don’t have a television ensures a huge and devoted cinema-going public.

Although the term “Bollywood” is sometimes used to refer to all Indian-made movies, the name itself, strictly speaking, refers only to Hindu-language films made in Mumbai. A staggering number of nine hundred movies are being produced in Mumbai studios each year. There are numerous other regional schools of cinematography throughout India, but only Bollywood films attract nation wide and global audiences. In the UK, for instance, successful Bollywood hits regularly gross more than 2 million pounds at the box office. Bollywood films have an estimated global audience of 3.6 billion, compared to Hollywood’s 2.5 billion.

How to Get There

You will be flying King Fisher, Quantas or some other Airways, of course, and enjoying the Bollywood movies on board. You might even sit next to a Bollywood Star, if you’re lucky. Your belongings, however, can be transported via either air or sea after they have been carefully packed and prepared by Nuss. They will be delivered right at your doorstep, wherever that door might be in this vast and beautiful country of India. So if you need an International Removal Service to India, it doesn’t get any better than Nuss.