Moving to Japan From Australia is a significant task, and if you are planning to undertake such move you should brace yourself for a life changing experience. Understanding Japanese lifestyle and culture is by no means easily accomplished task and it will take time to adapt to this unique place and its society.

When it comes to relocating to Japan, the complex task of overseas removal and shipping your belongings can be handled with ease – Nuss International Removals can take care of that part and provide you with a perfect peace of mind.

Here are few interesting thoughts and facts about Japan:

Some see the Japanese turning into Westerners, others see a Zen-like serenity. The reality is a bit more complicated.

When confronted with the army of men in suits and proliferation of fast-food franchises everywhere, one can see obvious influence of Western world and might think that Japan has become like the West. The near-cult status of Western pop icons and use of English loan words in daily conversation may lead the outsider to believe that Japan has changed dramatically.

Although Japan derives most of its modernity from the West, the Japanese continue to cultivate a self-image of an almost divine uniqueness. The Japanese repeatedly refer to Japanese things – including themselves – as “special” or “unique”. The special Japanese snow once kept out French skis, as did special Japanese digestive system keep out American beef.

Japanese are very proud of their country and the sophistication and depth of its heritage. As an island nation, Japan is often focused inwards, as when the evening television news leads off with a cherry-blossom story and the remainder of the world is shoved to the end. Japanese people are more appreciative of the subtleties of the changing seasons than any other people. Rural people will know if the dragonflies that appear in late spring are three days early this year, or if “tsuyu”, the rainy season, is dragging on two days longer than normal.

As soon you land in Japan, you will realise that people are simply obsessed with talking about weather. As a matter of routine, people nearly always greet each other by commenting on weather, and changing seasons still attract a great deal of attention by media and television. If the cherry blossoms are 3 days late this year, that will be a major news story on all TV channels.

Japan’s seasons are very similar to those of Europe and North America. The coldest months are December, January and February where on one side (Sea of Japan) Hokkaido and Honshu experience heavy falls of snow as the cold air from Siberia moves in. The Pacific Ocean side, by contrast, is very dry during the winter months. Winter water shortages are now becoming a serious problem in Tokyo. 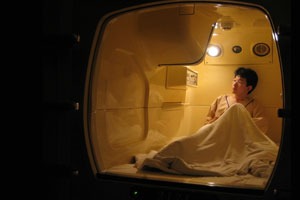 Capsule Hotels – this unique concept of accommodation will provide the cosy feel of weightless cell similar to the Apollo space shuttle to some, or the ultimate claustrophobic nightmare to others. The “room” is approximately 6.5 feet long and comes with heating / air conditioning, TV, radio and alarm clock. Conveniently located near key stations, the Capsule Hotels are primarily used by stranded people who were not planing on spending the night away from home. You will either love or hate these coffin sized rooms, but there are definitely something to talk about. 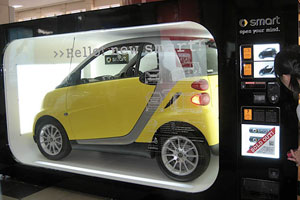 Vending Machines – they are commonly found everywhere in the world, and the concept itself is nothing new. Why would they deserve to be mentioned then? Well, when it comes to vending machines, Japan has taken the concept to entirely different level. Not only that Japan has the most vending machines per capita in the world, but also the variety of items these machines come packed with is unprecedented. From disposable underwear, shirts and ties, to live crabs and everything in between. What is also amazing that the vending machines are also found in country side as well as in the cities, and they are rarely vandalised or dysfunctional.

Kiddyland in Aoyama district of Tokyo features 5 floors bursting with toys and characters like “Hello Kity” and “Pokemon”. Time spent here with kids could leave you with a acute cash flow problem.

Sony Building – Older kids will want to check out the latest gadgets, especially those on 6th floor devoted to the Playstation only.

Moving Your Belongings Safely to Japan

Nuss provides a quality International Removals to Japan, as well as full range of additional services that include packing, insurance, pet transport and more. For consultation or quotation please contact Nuss consultant in Sydney.